Free shipping for orders over $75

Back in the 1950s, before communism, Havana was all the rave, catering to wealthy jet setters looking to pack their weekender bags and enjoy luxurious new hotels, restaurants and casinos. Fast forward to 2020 and walking the streets of Havana is like taking a trip down memory lane. What remains is European inspired architecture, vintage cars you'd only see in movies, and the legacy of famous author Ernest Hemingway.

That's not to say that Havana has lost its charm though. In fact, the culture in Cuba's capital city is one that extends beyond rum and cigars.

Most people now venture to Cuba to enjoy the all-inclusive resorts and white sand beaches. The simplicity of resort-travel has made planning a trip intimating and challenging, but to us, that's as much part of the fun as it is to play explorer when you arrive.

No need to stress - we have done all the planning for you in our version of the best things to do in Havana. 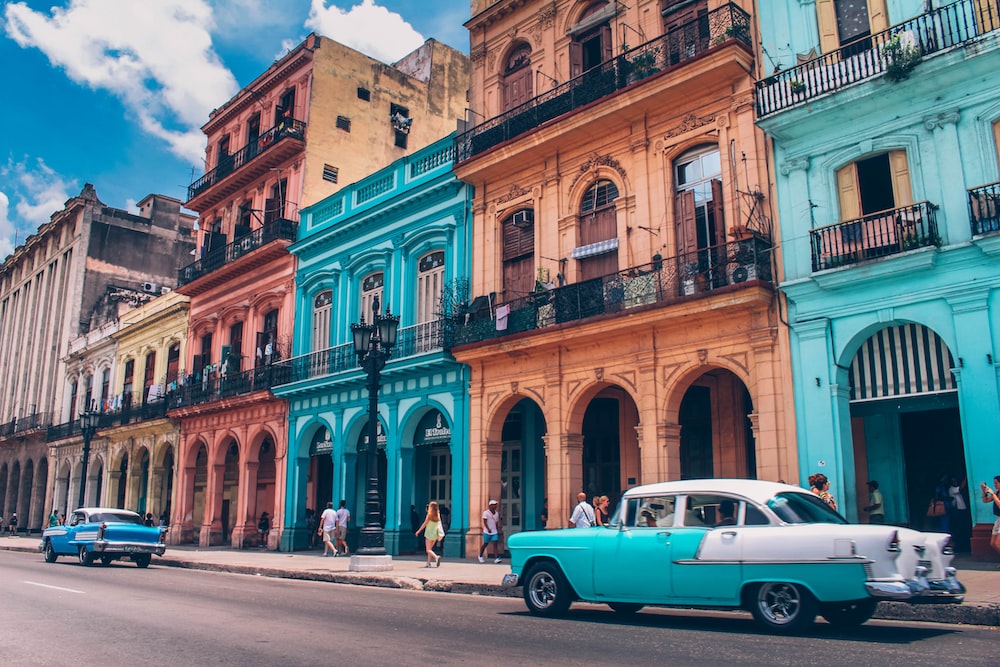 Where should I stay in Cuba?

Centro Habana is the most popular tourist destination in all of Cuba. You can fly directly to Havana José Martí International airport which sits 35 minutes outside of Havana's city center.

Make your way to one of the three best hotels Havana has to offer. Hotel Saratoga will have you living like Beyoncé, Madonna, and even the Kardashians. Iberostar Parque Central is the closest hotel to a 5-star rating, and Conde De Villanueva is famous for its emphasis on Cuban nature and culture. Once you're settled and unpacked, it’s time to hit the streets of Centro Habana!

What are the best attractions in Havana, Cuba?

Located just steps away from the above-mentioned hotels is El Capitolio - the National Capitol Building. Said to be inspired by the Pantheon in Paris, the building is in the heart of Havana with much to do and see from every side of the facade. 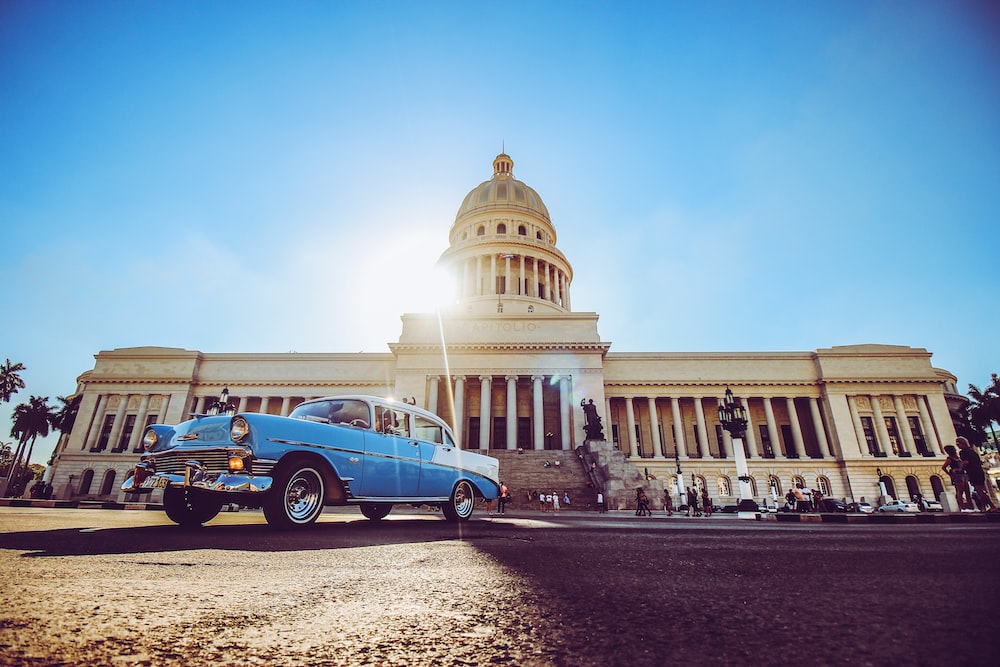 If you really want to see a piece of history, you have to visit El Morro. It was a fortress built in the early 17th century with the purpose of defending pirate attacks! El Morro’s twin fort is located in Puerto Rico which was designed by the same architect. As it resides at one of the Havana city points, you can also enjoy the beautiful ocean views and sunsets.

A quick 15-minute walk from El Morro is the massive Castle of San Carlos. It is said to be the largest fort the Spanish have ever built. It was used as a military prison and later became a command post for Che Guevara. Today it houses different museums.

What are the best beaches in Havana?

As Centro Habana borders the seawall, aka the Malecon, you are in close proximity to many amazing beaches.

Playa del Chivo is an amazing clearwater beach with bright white sand open to the public. It is just down the street from Castillo de los Tres Reyes del Morro as well.

If you wanted to escape the hustle-bustle of the city and make more of a day trip out of it, you can take a $5 shuttle from Park Central to Playa Megano or Playa Santa Maria del Mar, just 30 minutes outside of Havana.

Santa Maria del Mar is much larger and more populated than Playa Megano so if you are looking to party and meet new people, this beach is the one for you.

Or you can sit back and recharge at Playa Megano by crystal clear water and treat yourself to some fresh-caught fish for lunch! What is there to eat in Havana Cuba?

Contrary to belief, Cuban food is far from inadequate. Café Archangel is the perfect spot to start your day and or refuel between sightseeing locations. It is just north of the Capitol Building and is known as Havana’s #1 Coffee Shop. It is home to Havana’s best coffee and breakfast. For lunch, head over to D’Next Bar Cafeteria (3 minute walk from the Capitol Building) and grab a Cuban sandwich with a milkshake.

After a long day of walking and being in the sun, you deserve a good dinner. Book reservations for either La Guarida and try the signature lasagna dish, or Otramanera and experience true Cuban cuisine!

Each of these restaurants is only a couple of blocks from the top attractions mentioned above.

After dinner, get ready, because the night is just getting started… Is there nightlife in Cuba?

Cubans are highly known for their partying and active nightlife, so don’t plan to go to bed early.

If you want something more upbeat, the Fabrica De Arte Cubano (F.A.C.) is the place to go. They have everything from theatre to contemporary dances and DJ’s… all in one night! 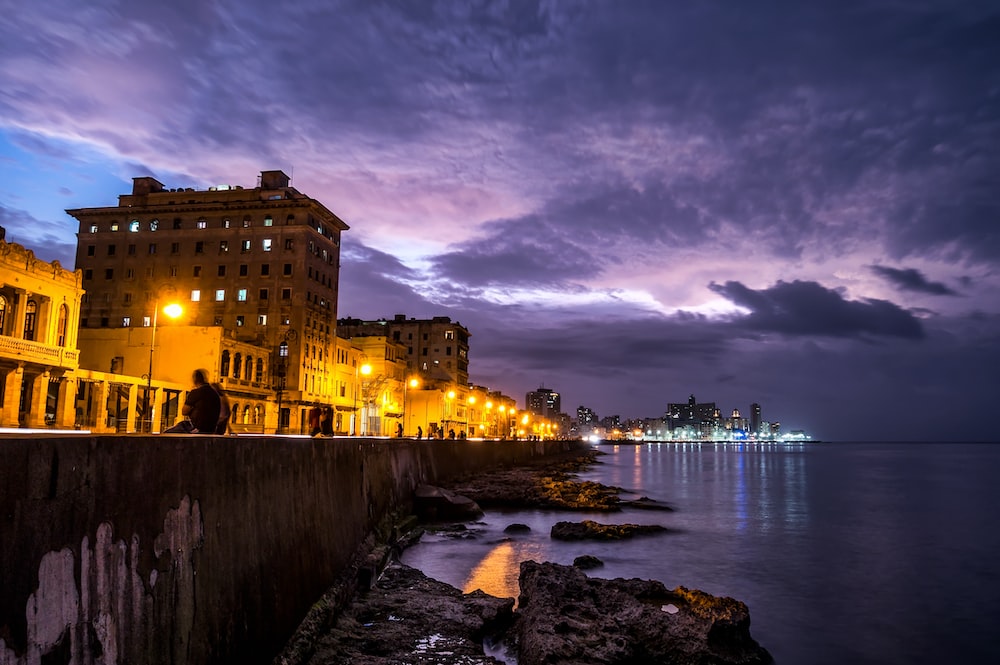 Can’t forget about the Cigars of course.

Cigars, where are they?

However, Cuba’s largest cigar store is La Casa Del Habanos at Havana Libre Hotel. It is a must-stop for every cigar aficionado. For travellers, Cuba is one of the safest destinations in the world. Tourism is Cuba’s main sources of revenue, meaning, you having an amazing trip is the country’s top priority.

When is the best time to travel to Cuba?

The sunniest months in Cuba are during their ‘dry seasons’, which is from December to May. The ‘dry season’ is filled with dry, sunny days with clear blue skies. The temperature can range anywhere from 31°C during the day to 19°C at night.

Do they speak English in Cuba?

Even though Spanish is the official language, you will find that many Cubans do speak some English. Especially the ones in the cities and close to tourist sites. It might not be the most fluent English but it won’t be hard to understand what they are trying to say.

What currency is used in Cuba?

The Cuban Peso (CUP) is the official currency, however, you are only able to exchange to CUP once you arrive. The alternative is to use American money (USD), Cubans will accept it almost anywhere. You are also able to use credit cards for select purchases. 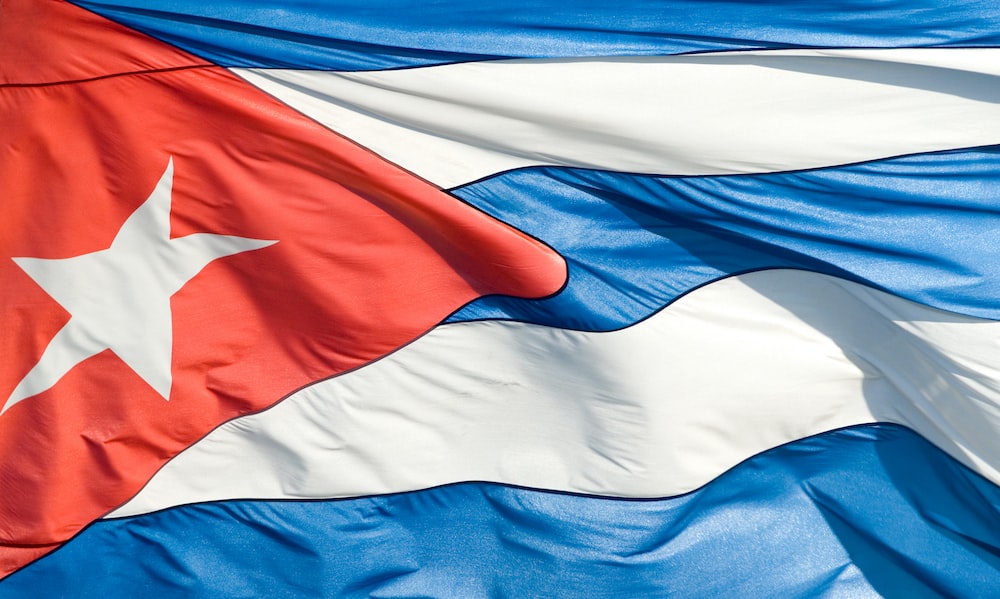 Now you should be ready to start planning your next trip! Visit our collection to start travelling in style!